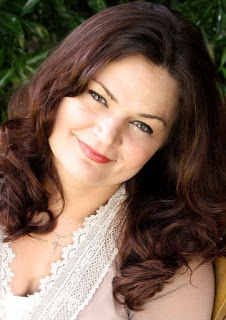 Gina Holmes is the founder of Novel Rocket and a PR professional. Her bestselling novels Crossing Oceans and Dry as Rain were both Christy finalists and won various literary awards. Her latest novel, Wings of Glass, released February 2013 and has earned a starred review from Library Journal, a Romantic Times Top Pick and a Southern Indie Bookseller’s Okra Pick. She holds degrees in science and nursing and currently resides with her family in southern Virginia. She works too hard, laughs too loud, and longs to see others heal from their past and discover their God-given purpose. To learn more about her, visit www.ginaholmes.com.

Your 3rd
novel, Wings of Glass, has just released. Tell us a little about it.
I think this is my favorite book so far. Wings of Glass
tells the story of Penny Taylor, a young wife who feels trapped and alone in a
physically and emotionally abusive marriage. Besides her low self-esteem, she
feels her Christian faith doesn’t allow for divorce. It’s not until she meets
two women—one a southern socialite and the other a Sudanese cleaning woman—that
her eyes are opened to the truth of her situation and she begins her journey to
healing and redemption.
What made you take on
the tough subject of domestic abuse?
As a little girl, I watched my mother being physically
abused by her husband and then later, two of my sisters enter abusive
relationship after abusive relationship and I thought that would never be me. .
. until the day my boyfriend hit me for the first time and I began to make
excuses for him. I know the mindset of someone who gets into and stays in an
abusive relationship, because I’ve been there myself. It’s taken me years, and
a lot of reading, praying, and talking to get to the heart of what brought me
and kept me in toxic relationships and I want to pass on some of what I learned
that helped me find boundaries and recovery from a codependent mindset and most
of all healing. 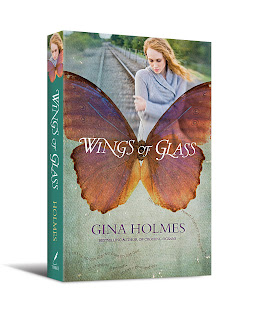 From the best-selling author of Crossing Oceans comes a heartrending yet uplifting story of friendship and redemption. On the cusp of adulthood, eighteen-year-old Penny Carson is swept off her feet by a handsome farmhand with a confident swagger. Though Trent Taylor seems like Prince Charming and offers an escape from her one-stop-sign town, Penny’s happily-ever-after lasts no longer than their breakneck courtship. Before the ink even dries on their marriage certificate, he hits her for the first time. It isn’t the last, yet the bruises that can’t be seen are the most painful of all.

When Trent is injured in a welding accident and his paycheck stops, he has no choice but to finally allow Penny to take a job cleaning houses. Here she meets two women from very different worlds who will teach her to live and laugh again, and lend her their backbones just long enough for her to find her own.