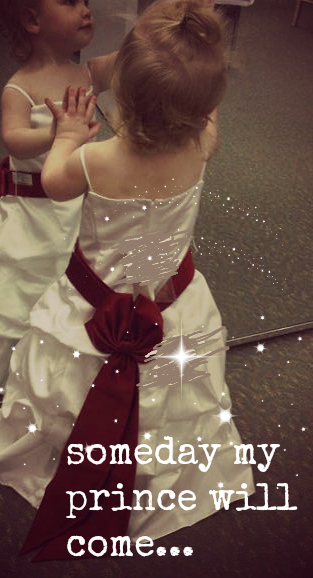 The phone slices right through the day’s normal.

“She’s in her final hours,” the caller says.

In a dash, I grab purse and coat and head out for the ninety-minute trip. Ninety minutes that hang like shadows, reminding me of the times I never made that trip.

“We’ll be there soon, I promise,” I’d told her countless times. “We’ve got school, and you know we’re heading out of town next week again—but soon.”

A simple promise loaded with such good intentions.

Oh how those promises disappear into the lie of the daily routine, often robbing us of the things we need most. Can you imagine how our lives would be transformed if we started living out our “soons”?

Someday I will stop long enough to pay attention to these hurts that still percolate inside me. Someday, I will travel more.  Someday, I’ll even write that book.

I have my somedays too. My husband, Matt, was almost one.

Pretty early in our dating relationship, Matt and I felt like God had maybe brought us together, that perhaps we should consider a future. But I was extremely commitment-shy after having escaped a not-so-great marriage just a year before.

Today Matt and I joke about the several “pre-proposals” he threw out before getting to the real one. On a regular basis Matt would ask me, “Will you marry me?” {At the most romantic times, too—right after I’d grabbed a big bite of broccoli salad, or just chomped that last bite of a blooming onion.}

We both knew the “proposal” wasn’t real, but it became a fun running language throughout our time together. And while this warmed my heart, it also petrified me. Each time he asked, we both knew I would simply smile and say, “Someday.” In the days that followed, we did it over and over {and over} and it was fun.

Until the time Matt grew serious about a future together, until the time he called me out on my “someday.” Matt lovingly sat me down, reminding me there was nothing intentional about the word. He challenged me that maybe I dangled “Someday” just far enough out of reach in the future to avoid it becoming a reality.

Once Matt was serious about his proposal, he let me know we were going to have to be deliberate about our relationship. Reminded me how Someday wasn’t actually a day of the week, and how our marriage was going to have to move to a set date or our future would never be.  He then offered his heart {and one fine ring!}. I said yes, but not without spending the next six months of our engagement driving me, him, and God crazy with uncertainty–fears that Someday was now growing closer, closer, and closer.

I did it, though. I made it through the wedding without bolting scared. I couldn’t be happier that I did; we just returned from Savannah, Georgia where we celebrated our eighth wedding anniversary. And if you follow me on Facebook at all, you know that Matt is the most amazing thing next to Jesus I’ve ever known. But if I had kept putting him off, my prince would have come and gone. Unaware, I had allowed my “someday,” my fears, to sabotage one of my greatest desires: a safe, healthy, happy marriage.

I’m learning there will always be reasons why I can’t make it or can’t do it {those dreams and simple pleasures that bring me joy} but falling slave to the regret of not doing those things is taking me just about the same amount of time. Looking back, it seems sort of silly not to choose joy instead.

What is really important in your life right now? What “soon” or “someday” do you need to make time for? Let us know in the comment section and be entered to win a FREE journal, Write Where It Hurts.

26 thoughts on “When Regrets Turn to Lessons”

It took me many years to realize how healthy, lasting growth works its way out from the inside.If you've hit a wall, stop. That's right, go ahead and stop right there. Find out what it takes for you to breathe in a healthy manner. And then, you begin again. Maybe you take the same route but with more gear for the trip. Maybe you take a detour completely. But the most important thing is that you begin again.#unbusyme#beginagain#growth(pic: graciousquotes.com) ... See MoreSee Less

Come, let us have some tea and talk about living life from a place of rest.

It took me many years to realize how healthy, last

I've been doing something I really enjoy these las

Sometimes it hurts. Sometimes we fail.

"There is a triumphant hope..." #easter #forgive

Have you been too busy with all the things in life

Love is so much more than a feeling. #lovedoes

Sometimes that thing you want to hide holds the po

What a year, right?! I've learned a lot about myse

“It’s a funny thing about life, once you begin

Will you continue forward in spite of all that wan

Please be a kind human. <3 #unbusyme

I don't know about you, but being hyper-connected

There is NO ONE exactly like you. #youmatter #u

Are you in balance? #unbusyme

A couple days ago, a friend messaged to say she'd